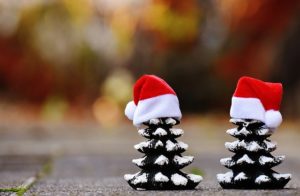 Today’s Holidailies prompt is to write a version of the holiday letters people send out in their Christmas cards.  I always love this prompt!

(As an aside, I had big plans this year to send out a funny holiday photo card.  Maybe something with the cats, and then something from my 70.3.  Guess who didn’t find the time to do that?  Yeah, that would be me.)

So, 2016!  Big year!  You might have seen the news, but some huge things happened in the United States.  However, we’re not going to talk about that, because everyone has had more than enough politics for the year.

2016 was also awesome because my niece was born.  So take that, terrible things in 2016.  Babies being born outweighs all the bad stuff that happened.  (Though I still can’t figure out when my brother became a responsible adult.)

The cats are still cats.  Pippin and Cadu turned 12 this year.  They are turning into grumpy old men, but they’re still very sweet.  Pippin is not a fan of the cold weather, but he seems to be enjoying laying in front of the heating vents or burying himself underneath the electric blanket on the bed.  Cadu is impervious to the cold and sleeps in his spot on the couch and will not be moved, no matter what.  Do not take his spot.  Or else.

All in all, it’s been a pretty good year.  Here’s hoping 2017 is even more incredible.

For many years, I’ve participated in Holidailies in December.  The idea is to post daily through the month, using optional prompts if you so choose.  Clearly, this year I’m a bit off schedule, as it’s December 8 and I’m just mentioning it now.  I blame vacation.  But it’s definitely a project I enjoy and you should check out the portal to view some of the other writers who are posting.  There’s a lot of great stuff out there, and perhaps you’ll discover some writers you otherwise wouldn’t have found.

My random prompt for today is:

Talk about snow.  Did you grow up with it?  Do you prefer snow or rain?

Okay, who prefers rain to snow?  That person is crazy.

My first winter in the DC area was miserable.  It felt like it was always 35 degrees and raining, and there is no more miserable weather.  I don’t care how cold it gets, you can always bundle up, and once you’re inside, you can take off all those layers and be nice and toasty warm.  When it’s cold and rainy, the dampness just gets through everything.  Your feet end up all wet and as a short person, the bottoms of my pants always end up wet as well.

I much prefer the snow.  Of course, no one knows how to drive in the snow in this city, so that’s fun.  And I mean snow flurries.  Three flakes fall from the sky and cars start crashing into things.  So I just stay home.

There’s something magical about the snow.  Even when it is feets and feets of snow, like we got last year. 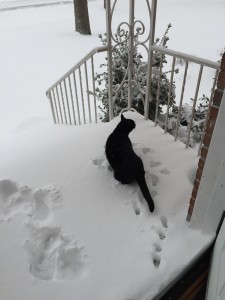 Someone is not a fan of the snow.

It just makes everything look so pretty.  Yes, it involves shoveling, but even that isn’t terrible.  I love the silence after a snow.  It’s like all the sound gets absorbed and the world is quiet.

So count me in for a snow lover.  All the way snow.  I can’t wait for the first snow of the year.

(As long as it doesn’t hit just as I’m trying to fly home for the holidays.) 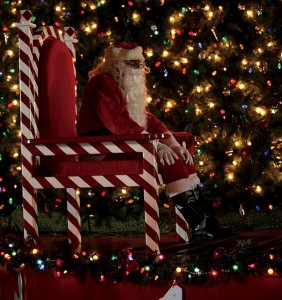 In the office the other day, we were talking about Santa, and I commented that if you don’t believe in Santa, you get underwear and socks for Christmas.  (Though let’s be honest, who among us couldn’t use some new underwear and socks?)  And the discussion turned to believing in Santa and when to tell your kids about Santa.

I told them I didn’t know what they were talking about.  Santa does exist!  Maybe not in the way that we think of him, as a guy flying around in a sleigh pulled by reindeer, but at least in the spirit of holiday giving.

Santa Claus evolved from Saint Nicholas (as well as other figures – I believe he is a combination of a few different gift givers, and I think his beard came from Odin).  But Nicholas was known for his generosity, leaving gifts in secret.  The most famous story is where he helped a poor man with three daughters.  For the daughters to marry, they needed dowries.  Otherwise they would never marry, and since women had no real means of making money during that time, they would have likely turned to prostitution.  So Nicholas, under cover of night, delivered dowries for the girls in the form of three purses of gold, slipping them through an open window.

So to me, the idea of Santa Claus has sort of evolved from a guy who comes in and brings awesome toys to a fun time of gift giving.  Secret gift giving can be a bit harder, but still a lot of fun to try, even if you get “caught” immediately.  (Though maybe don’t try to break into someone’s house to leave gifts.  That can end poorly.  I’m not sure that Santa can get to you in jail.)  I’ve found that I enjoy the gift giving more than the receiving.  It’s so much fun to know that you’ve found the perfect gift for someone.  And it’s not about what it costs, but it’s the meaning behind it.  Some of the best gifts I’ve given have been the most inexpensive.

So maybe, if your kid stops believing in Santa, you encourage them that Santa does exist, but more in the spirit of giving.  Because Christmas isn’t about receiving, it’s about giving and finding joy in doing for others. 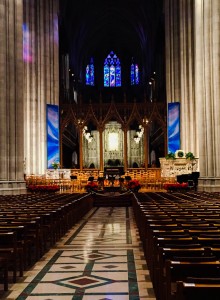 It has been a whirlwind few weeks.  Space Coast, Disney, home for a few days, then back to my hometown for a family funeral, then back to DC and straight into concert week, then a weekend with three choir concerts.

I’ve missed probably 75% of my workouts since Space Coast.  I’m okay with that.  Life comes first, and I don’t have any major races for a while.  I did manage to squeeze in an 8 mile run yesterday morning, which should count for something.

The majority of my weekend was taken up with choir concerts.  I’ve mentioned it before, but I sing with the Cathedral Choral Society, the secular choir at the National Cathedral.  It is a gorgeous place to sing, and our Christmas concerts are definitely our big event of the season.  Normally, we just have one concert, but for Christmas we do three.  Two big concerts and one hour-long concert that is designed to be super kid-friendly.  It’s a lot of fun, but it’s totally exhausting.  On Saturday night, after two concerts, I could not believe how sore my body was.  I’m in fairly decent shape – I don’t know how people who aren’t manage it.  But even though it’s exhausting, this is my favorite concert set that we do.  I love the holiday music, even though it may not always be traditional.

This is a recording of my favorite piece we sang.  It’s not us, but I’d like to think we did at least half as good as this choir.  It’s sung in 8 parts and is a lot of fun to hear the lead bounce around.

For the I don’t know what-th year, I’m doing Holidailies. And I’m doing quite well, seeing as it’s the 11th and this is my first post.  Credit for the attempt?

This year, there aren’t regular prompts, just random prompts, so I figured I would give it a shot.  My random prompt for the day:

Write the annual holiday brag letter for your family.

This has been an eventful year for the Maryland Sullivans.  Still a family of three, they continue to impress with their kindness and talent, as well as their ability to leave their fur on everything that comes within striking distance.  (This includes the human, who manages to leave long red hairs everywhere.)

This year, Pippin remains on his doctor recommended diet, but he is a fan of the concept of “Go big or go home,” so he remains big.  And at home.  He’s not great at the concept.  But that just means there’s more of him to love.  He also continues to work on his singing skills.  When visitors arrive, he gleefully sings them the song of his people.  He also enjoys going outside and gnawing on the plants in the landscaping.  His war with the dove pair is ongoing, as they continue to peer at him through the window and he continues to growl at them.  Other birds are viewed more kindly, but those doves clearly wronged him and he will get his revenge.

Cadu continues to lament his brother’s weight loss plan as it often means fewer snacks for him.  However, he is skilled enough to jump onto the counter (much to his brother’s dismay) so he occasionally gets extra treats there.  He spends his day following the sunbeams around the house.  It’s a tough job, but someone’s got to do it. Now that the Christmas Tree has once again returned to the living room, he sacrifices some sunbeam time for hours spent sleeping under the tree and occasionally gnawing on its (synthetic) branches.  It’s a holiday tradition, after all.

The breadwinner of the family continues to fill up her days with work, friends, and ridiculous fitness pursuits.  She writes a blog, so you’ve probably heard this all before. After all, her blog is ridiculously popular (oh wait…).  In 2015, she aimed for quality over quantity, and the race results prove that it was a worthwhile pursuit.  No new race distances for her this year, but 2016 will involve her most ridiculous race yet.  For Christmas, she’s really hoping for some uninterrupted sleep, but somehow, sharing a bed with two cats leaves little room for her and she’s often woken up by a large furbeast trying to steal her pillow.  They are furry little jerks, but they are family. 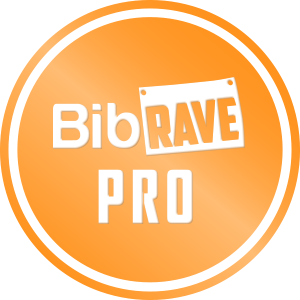